The ‘Colored Hero’ of Harper’s Ferry: John Anthony Copeland and the War against Slavery

The ‘Colored Hero’ of Harper’s Ferry: John Anthony Copeland and the War against Slavery 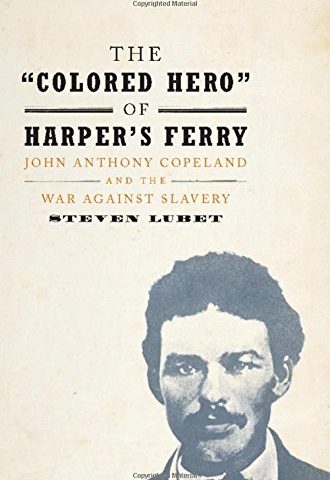 On the night of Sunday, October 16, 1859, hoping to bring about the eventual end of slavery, radical abolitionist John Brown launched an armed attack at Harpers Ferry, Virginia. Among his troops, there were only five black men, who have largely been treated as little more than “spear carriers” by Brown’s many biographers and other historians of the antebellum era. This book brings one such man, John Anthony Copeland, directly to center stage. Copeland played a leading role in the momentous Oberlin slave rescue, and he successfully escorted a fugitive to Canada, making him an ideal recruit for Brown’s invasion of Virginia. He fought bravely at Harpers Ferry, only to be captured and charged with murder and treason. With his trademark lively prose and compelling narrative style, Steven Lubet paints a vivid portrait of this young black man who gave his life for freedom.