Harpers Ferry: A Crossroads In Time 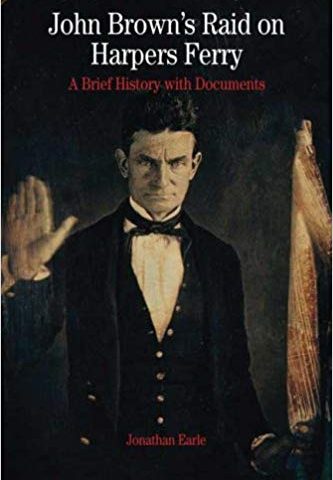 Despised and admired during his life and after his execution, the abolitionist John Brown polarized the nation and remains one of the most controversial figures in U.S. history. His 1859 raid on Harpers Ferry, Virginia, failed to inspire a slave revolt and establish a free Appalachian state but became a crucial turning point in the fight against slavery and a catalyst for the violence that ignited the Civil War.

Jonathan Earle’s volume presents Brown as neither villain nor martyr, but rather as a man whose deeply held abolitionist beliefs gradually evolved to a point where he saw violence as inevitable. Earle’s introduction and his collection of documents demonstrate the evolution of Brown’s abolitionist strategies and the symbolism his actions took on in the press, the government, and the wider culture. The featured documents include Brown’s own writings, eyewitness accounts, government reports, and articles from the popular press and from leading intellectuals. Document headnotes, a chronology, questions for consideration, a list of important figures, and a selected bibliography offer additional pedagogical support.