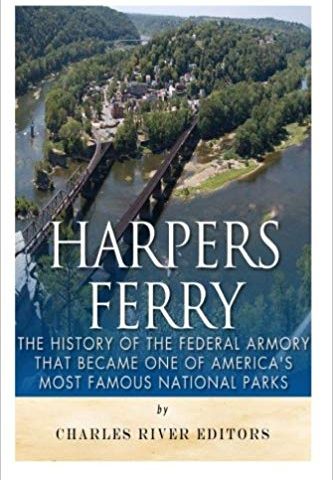 Harpers Ferry, still perhaps best known as Harper’s Ferry, is one of the most unique places in American history. Situated near the confluence of the Shenandoah River and Potomac River, it is one of the few places in the country that practically borders three states, and the location ultimately compelled George Washington himself to place a federal armory and arsenal there. Although Harpers Ferry was always a small, sleepy town, its industrial capacity to manufacture weaponry for the U.S. Army made it important, and ultimately ensured its legacy thanks to John Brown’s raid. After his activities in Bleeding Kansas, Brown spent the next few years raising money in New England, and in 1859 he began to set a new plan in motion that he hoped would create a full scale slave uprising in the South.

Brown’s plan relied on raiding the main federal arms depot at Harpers Ferry thanks to its proximity to the South, after which he would take the seized weapons, gather slaves, and swell his numbers as he went. The slaves would then be armed and ready to help free more slaves, inevitably fighting Southern militias along the way. Brown traveled to Harpers Ferry that summer under an assumed name and waited for his recruits, but he struggled to get even 20 people to join him. Rather than call off the plan, however, Brown went ahead with it, and that Fall, he and his men used hundreds of rifles to seize the armory at Harper’s Ferry.

Nonetheless, the plan went haywire from the start, and word of his attack quickly spread. Local pro-slavery men formed a militia and pinned Brown and his men down while they were still at the armory, and a few of Brown’s men were killed, but Brown was taken alive.

The fallout from John Brown’s raid on Harpers Ferry was intense. Southerners had long suspected that abolitionists hoped to arm the slaves and use violence to abolish slavery, and Brown’s raid seemed to confirm that. Meanwhile, much of the Northern press praised Brown for his actions. In the South, conspiracy theories ran wild about who had supported the raid, and many believed prominent abolitionist Republicans had been behind the raid as well. Brown’s raid has often been considered one of the main precursors to the Civil War.

During the Civil War itself, the industrial capacity of Harpers Ferry was almost immediately destroyed to ensure that it could not help the enemy, but it still played a crucial role during the Maryland Campaign that culminated with the Battle of Antietam. As Robert E. Lee’s Army of Northern Virginia invaded Maryland, Stonewall Jackson’s command was sent to capture Harpers Ferry and seize supplies there. Jackson was ultimately successful, and his Confederates were just fast enough to finish their business in Harpers Ferry that they marched to Sharpsburg on the day of the Battle of Antietam to save the rest of Lee’s army from potential destruction.

In the wake of the Civil War, Harpers Ferry became more of a tourist destination, and it has since become a historic district under the auspices of the National Park Service. The restoration has also ensured that it became a living history museum of sorts, renovated to appear as it did historically while educating people about the important events in American history that happened there. Harpers Ferry: The History of the Federal Armory that Became One of America’s Most Famous National Parks looks at the turbulent history of the site. Along with pictures of important people, places, and events, you will learn about Harpers Ferry like never before, in no time at all.