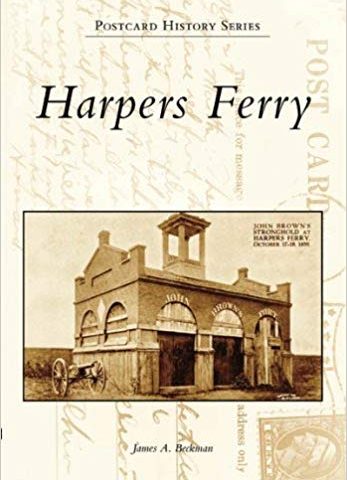 Harpers Ferry, located at the confluence of the beautiful Shenandoah and Potomac Rivers, offers visitors a breathtaking view described by Thomas Jefferson as a “scene worth a voyage across the Atlantic.” From George Washington’s 1796 establishment of the federal armory, through John Brown’s 1859 raid to foment slave rebellion and Civil War battles, and to one of the first successful colleges for African Americans, Harpers Ferry has played a significant role in America’s history. Hundreds of vintage postcards, many of which are very scarce today, depict this history, the various scenic views and buildings in town, and the daily lives of townspeople over the last century.