A History and Guide to Civil War Shepherdstown: Victory and Defeat in West Virginia’s Oldest Town 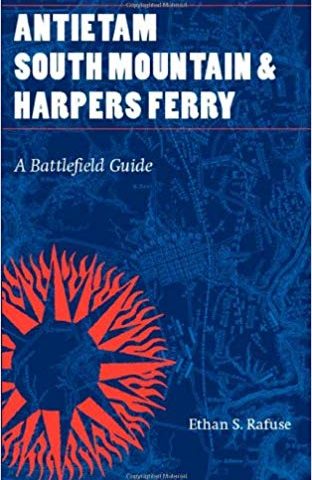 In September 1862 the Confederate Army of Northern Virginia and the Union Army of the Potomac conducted one of the truly great campaigns of the Civil War. At South Mountain, Harpers Ferry, and Antietam, North and South clashed in engagements whose magnitude and importance would earn this campaign a distinguished place in American military history. The siege of Harpers Ferry produced the largest surrender of U.S. troops in the nation’s history until World War II, while the day-long battle at Antietam on September 17 still holds the distinction of being the single bloodiest day of combat in American history.

This invaluable book provides a clear, convenient, stop-by-stop guide to the sites in Maryland and West Virginia associated with the Antietam campaign, including excursions to Harpers Ferry and South Mountain. Thorough descriptions and analyses, augmented with vignettes and numerous maps, convey the mechanics as well as the human experience of the campaign, making this book the perfect companion for both serious students of the Civil War and casual visitors to its battlefields.