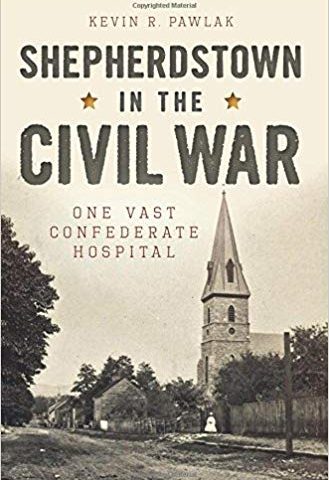 Because they were situated near the Mason-Dixon line, Shepherdstown residents witnessed the realities of the Civil War firsthand. Marching armies, sounds of battle and fear of war had arrived on their doorsteps by the summer of 1862. The Maryland Campaign of September 1862 brought thousands of wounded Confederates into the town’s homes, churches and warehouses. The story of Shepherdstown’s transformation into “one vast hospital” recounts nightmarish scenes of Confederate soldiers under the caring hands of an army of surgeons and civilians. Author Kevin R. Pawlak retraces the horrific accounts of Shepherdstown as a Civil War hospital town.