Harpers Ferry Armory and the New Technology: The Challenge of Change

Six Years of Hell: Harpers Ferry During the Civil War

Harpers Ferry Armory and the New Technology: The Challenge of Change 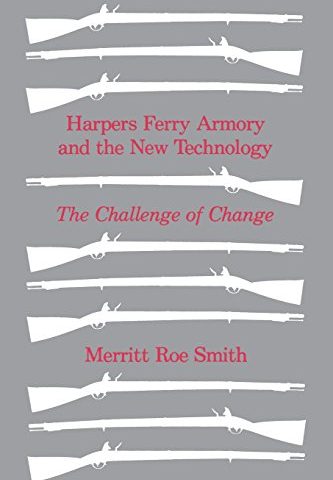 Focusing on the day-to-day operations of the U.S. armory at Harpers Ferry, Virginia, from 1798 to 1861, this book shows what the “new technology” of mechanized production meant in terms of organization, management, and worker morale. A local study of much more than local significance, it highlights the major problems of technical innovation and social adaptation in antebellum America. Merritt Roe Smith describes how positions of authority at the armory were tied to a larger network of political and economic influence in the community; how these relationships, in turn, affected managerial behavior; and how local social conditions reinforced the reactions of decision makers. He also demonstrates how craft traditions and variant attitudes toward work vis-à-vis New England created an atmosphere in which the machine was held suspect and inventive activity was hampered.

Of central importance is the author’s analysis of the drastic differences between Harpers Ferry and its counterpart, the national armory at Springfield, Massachusetts, which played a pivotal role in the emergence of the new technology. The flow of technical information between the two armories, he shows, moved in one direction only― north to south. “In the end,” Smith concludes, “the stamina of local culture is paramount in explaining why the Harpers Ferry armory never really flourished as a center of technological innovation.”Pointing up the complexities of industrial change, this account of the Harpers Ferry experience challenges the commonly held view that Americans have always been eagerly receptive to new technological advances.