Culture Change and the New Technology: An Archaeology of the Early American Industrial Era

Culture Change and the New Technology: An Archaeology of the Early American Industrial Era 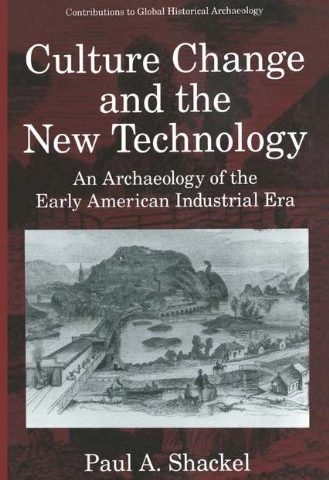 Harpers Ferry was one of America’s earliest and most significant industrial communities – serving as an excellent example of the changing patterns of human relations that led to dramatic progress in work life and in domestic relations in modern times. In this well-illustrated book, Paul A. Shackel investigates the historical archaeology of Harpers Ferry, revealing the culture change and influence of new technology on workers and their families. He focuses on the contributions of laborers, craftsmen, and other subordinate groups to industrial progress, and examines ethnic and interracial development in an economy that was transformed from craft-based to industrial.