Freedom’s Dawn: The Last Days of John Brown in Virginia

Freedom’s Dawn: The Last Days of John Brown in Virginia 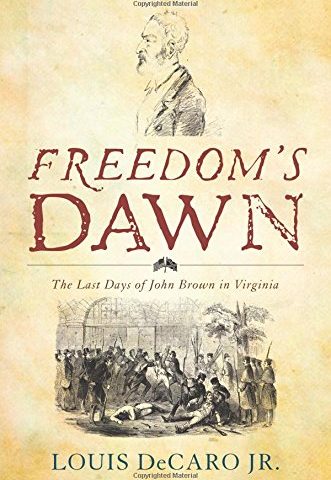 John Brown’s failed raid on the federal armory in Harper’s Ferry Virginia served as a vital precursor to the Civil War, but its importance to the struggle for justice is free standing and exceptional in the history of the United States. In Freedom’s Dawn,  Louis DeCaro, Jr., has written the first book devoted exclusively to Brown during the six weeks between his arrest and execution. DeCaro traces his evolution from prisoner to convicted felon, to a prophetic figure, then martyr, and finally the rise of his legacy. In doing so he touches upon major biographical themes in Brown’s story, but also upon antebellum political issues, violence and terrorism, and the themes of political imprisonment and martyrdom. <