The Entrance of the C&O Canal

AboutView All Posts
This post, Seducing the Canalwer Workforce, is part three in this series of posts.

In 1786, William Fee, an Irishman indentured to the Potomack Company fled the canal. Once captured, Potomack Company officials shaved a very large cross in his hair and shaved off his eyebrows. Upon capture, another runaway, Francis Murray, had his eyebrows shaven and an iron collar forged around his neck. Potomack Company policy declared that shaving should commence weekly until the indentured has returned to his sense of duty.

Such marking of fugitives was common practice for misconduct of indentured servants, with the intentions of shaming the individual into submission and serving as an example to other indentured servants. Under many accounts, this shaming and stigmatization appears to have failed as most would simply flee again at the earliest opportunity.

The Potomack Company, beginning construction in 1785 and completing in 1802, bought indentured servants from European ships in Baltimore and Philadelphia. Most Potomack Company workers were unfree, pledging obedience and labor to whomever purchased their indenture.

This agreement was typical of canal companies, including the C&O Canal, and their contractors until the late 1830s when indentured servanthood had met its demise.

Many of the Irish received their first taste of wage labor on Ireland’s own canals, then shortly thereafter removed to the U.S. to find work. A seemingly endless supply of jobs and much higher wages made the North American offers tantalizing. Canal companies, contractors, and other industries frequently sent recruiters to Ireland -- so much so that several states set up their own immigration commissions to process the large number of predominantly Irish immigrants.

The C&O Canal struggled with labor shortages, competing with other industries, public works, and harvest seasons. The laborers demanded high wages at $10 - $12 dollars a month plus board, whiskey, and the necessary tools.

To combat this, the canal company advertised for workers in the United States, sent out recruiting agents, and also petitioned the Federal Government for 1,000 troops to work in the mountain region.

In particular, the C&O Canal company sought to exploit Europe’s poor economic condition -- where workers were begging for work and would accept lower wages than native citizens.

“Meat, three times a day, plenty of bread and vegetables, with a reasonable allowance of liquor and light, ten or twelve dollars a month for wages, and we would have supposed prove a powerful attraction to those, who, narrowed down in the circle of their enjoyments, have at this moment, a year of scarcity presented to them.” 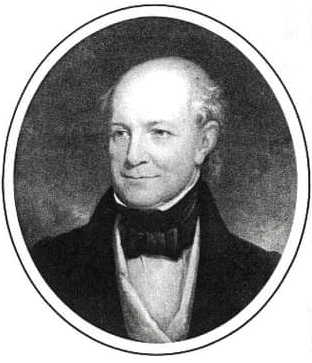 Recruiters placed advertisements in Irish and Dutch newspapers, advertising over three times the available number of jobs. The advertisements claimed that the company would take three to four thousand Irish and their priests, with 10,000 job openings total.

Skilled laborers were desired the most -- quarrymen, miners, stonecutters, masons, blasters, carpenters and blacksmiths were all needed. A large number of quarriers and miners from England and Wales, “men of good character steady and industrious”, were among those recruited. From within the skilled laborer pool, it was reported that “some few Irishmen are among them, but all these have worked sometime in England, amongst Englishmen and are good workmen and peaceable”.

The fact that industry in the United States, including the C&O Canal, were recruiting so many workmen, made the Irish an easy target for con artists. In one account, a gentleman, posing as an agent for the C&O Canal, directed many men to Liverpool for a fee of £1 Irish Pound. In another, a man posed as an agent for the canal company in Boston, promising safe passage to the canal line and employment for a fee.

Those who accept the offer signed a two to three month indenture in return for passage to America, including their families. The large majority of the Irishmen had prior experience with wage labor or commercial work.

To keep acquisition costs low, during passage to the U.S. the indentured servants were fed extremely small amounts of food -- amounts that were barely enough to keep them alive, most of it being rotten.

As common for the Irish, the passengers took the problem into their own hands by attempting to break into the store rooms of the ships and threatening the lives of recruiters.

By the time of their arrival, most of the immigrants needed medical attention, were malnourished, and weren’t in much shape to complete the grueling physical labor needed of them. By many accounts, many of the men couldn’t have weighed more than 100 pounds, and came with no possessions “other than the rags on their backs”. While the C&O Canal provided the immigrants with medical care, the immigrant was responsible for the expense.

Not surprisingly, contractors such as Boteler and Reynolds of Potomac Mill in Shepherdstown, complained that upon arrival, workers were “destitute of the comforts of life” and that they had “felt compelled to clothe them” (see discussion on Boteler’s Mill). However, not all contractors were so kind. In one account, a contractor watched his workers abandon work because he did not provide adequate food and water.

Because of the impoverishment of their situations, many of these indentured servants decided to desert their indenture. Runaway servants would typically hide in the surrounding area, flee to cities such as Baltimore, or seek employment in other related industries, such as the B&O Railroad.

Abandoning the indenture was not without risk, and the company attempted to a number of the runaways. In 1829, a Baltimore county jail held twelve inmates, all charged with fleeing their indentured servanthood on the C&O Canal. Ultimately, the company dropped the lawsuits as the court ruled such a contract did not constitute a master and servant relationship.

In 1845, Lewis Drummond chastised canal companies for their untruthful recruitment methods in a blistering statement:

They [Irish recruits] were [promised] to have found continued employment, and been enabled to acquire means to purchase property of their own. They expected to meet with good treatment and what treatment had they met with? --- With treatment worse than African slaves, with treatment against which no human being could bear up..."

The C&O Canal company recruited many indentured servants, however they remained unable to meet labor needs until the early 1840's. Most construction had been shut down causing a surplus of laborers.

In truth, the Irish monopolized most labor on public works in both the United States and Canada.