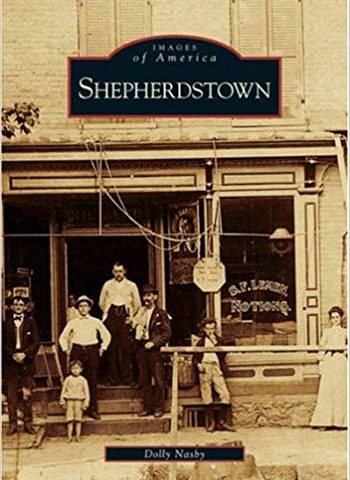 In the mid-1700s, a man named Thomas Shepherd divided 50 acres of his land into 8 streets and 96 lots, establishing the community of Mecklenburg. The town was named for the birthplace of Queen Charlotte, wife of England’s King George III. On December 23, 1762, the Virginia General Assembly granted a charter for Mecklenburg. The residents dubbed the community “Shepherd’s Town,” in tribute to its founder. That title endured and was bestowed upon Shepherd College, which evolved into Shepherd University in 2004. Containing more than 200 vintage photographs of Shepherdstown, this volume gives the casual observer and serious scholar an idea of what the town, businesses, houses, and people looked like in earlier days.